We’re an opinionated bunch here at KnowTechie. In fact, the only thing we enjoy more than expressing our own opinions is shooting each others’ down with vociferous, unrestrained vitriol. As such, we’ve decided to launch a new weekly series, the KnowTechie Roundtable, to do just that.

Join us every Friday to hear us dish dish, bish on our favorite topics in tech while hurling insults at one another but mostly Kevin.

So, we ask: With Netflix testing playback speed options, what other “features” would you like to see come to the streaming service?

Josh: Honestly, of all the things I’ve wished Netflix would do, watching it at 1.3x speed isn’t one of them. There are way better quality of life upgrades the service needs, like matching subtitles with the audio.

I can’t imagine watching any show at a faster speed so that initial feature alone is stupid. I mean, if there was a way that Netflix could implant the memory of watching a show, Total Recall

style, then I think that would be beneficial as there is so much content out there and not enough time. But speeding a show up? That would kind of make it hard to watch, from an understanding the dialogue point of view to missing key details in the movie or TV show.

As per what other features I’d like to see Netflix add? How about a feature where I don’t have to wait for my TV and the Netflix app to catch up to itself while it tries to show a preview of a movie or show as I’m speed scrolling for something to watch.

See also  🚨 KnowTechie Giveaway: Enter for your chance to win a set of Apple AirTags

I want to see freaking director and actor commentaries come back. Every movie doesn’t need them, and I get that those kinds of features are used to sell physical media, but guess what, I’m not buying physical media unless it’s another box set of Lord of the Rings Extended Edition.

Have it as an audio option alongside languages or as a completely different listing, either or.

Joe: But what about podcasts Curtis, what about them? I mean 2.0x speed is perfect for Josiah to cram three Etsy-related shows into his earholes when he’s editing our ramblings.

Curtis: You want podcasts… to be on Netflix?

Joe: Sure, why not? Seems like every other streaming service is adding them. It’s the way of the future, where your favorite podcasts are locked behind exclusivity deals with premium subscription services…

Matt: I’m from the UK. The only thing I want from Netflix is a collection that’s remotely on-par with the US version. Where’s my fucking West Wing, Reed Hastings?

Curtis: Use a VPN and log into US Netflix.

Matt: Welcome to 2019, where that’s increasingly not a viable option. Netflix has massively cracked down on that.

Jared: Are the UK titles for movies as funny as the Canadian ones are? I was in Montreal a few months ago and their title for The Other Guys was just Really Bad Cops.

I think Curtis has a good point about excluding every Steven Segal movie made after 1993, but can’t we expand that? I’d like Netflix to add a blacklist, so I can get rid of anything with George Clooney and his smug chin, and also every Batman that wasn’t Adam West.

They could also add a whitelist, so I don’t have to rely on their shitty algorithm to stick new shows from my favorite actors into my “So you watched…” list.

But most of all? I wish they’d fix their HDR issues on Roku so my screen doesn’t look like it’s dying every single time I watch anything recorded in HDR. Hmm, maybe it is my screen though as I see some dead pixels… *goes off to call yet another warranty service number*

There’s a lot that can be improved: having shows and movies stay longer, better choices for content, etc. But, I understand its a whole rights issue with certain shows and movies. So, I would say the lack of any international content like films from Japan. And not just anime either.

Also, this is a personal thing…why the lack of ESPN 30 for 30s? There used to be a ton of them and now there just…isn’t.

I am going to take this a step further and be super niche. I love watching anime, especially seasonal anime. Lately, Netflix has been purchasing streaming rights for popular shows but has decided that outside of Japan, they won’t air shows until the full run is available. The super-great “Netflix Original” Carol and Tuesday is victim to this as is the yet-to-air Beastars.

They are buying the rights to shows and airing them after the hype has died down. I don’t mind not being able to binge seven episodes in a sitting if it impacts my ability to watch shows when they are topical. Is that too much to ask?

This might sound crazy, but how about… some good movies? Scrolling through Netflix’s endless collection of 90’s rom-coms, crappy originals, and D-rate action flicks you wouldn’t even find in the $5 bin at Best Buy has become more of a chore than anything else, to the point that I don’t even use it unless I’m watching reruns of The Office or something of the like. I know that “having good movies on your movie service” doesn’t exactly align with Netflix’s current strategy, but hear me out: maybe it should?

Speaking of which, Netflix needs to replace all those horrible autoplay half-trailers with actual trailers, so I can get an idea of what I’m watching before I waste another half hour on a terrible horror movie about a haunted house/child before giving up and starting the search again.

Josh: Who doesn’t love half-baked clips of some of the best scenes in the movie or show you are about to watch? There was a show I can’t think of currently that had a massive spoiler in the “trailer”. I agree!

Josiah: Honestly, the fact that most of our suggestions have been about improving the actual content is pretty telling. 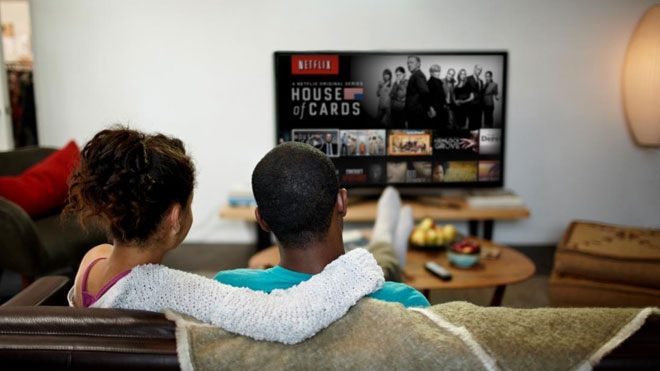 Man, everyone here has some really good answers, so I’m going to do what I know best: Somehow center this conversation around me:

[extreme Borat voice] My wife and I watch a lot of shows together whenever we can. Due to my hectic schedule, I can’t keep up with every episode as fast as my wife, so this eventually leads to her cheating on me by skipping ahead and watching episodes without me. Netflix needs to create a couple’s profile feature that doesn’t let you or your partner skip episodes without you.

I can’t tell you how many shows I’ve abandoned because of this. So yea, that would be pretty dope.

Alright, that about wraps things up for this week’s KnowTechie Roundtable. What do you think? Did we miss anything? If that’s the case, Let us know down in the comments or feel free to reach out to us personally. Seriously, whether it’s about Curtis, Jake, Jared, Colin, Josiah, Josh, Joe, Matt, or Kevin  – we want to hear from you.

What other features would you like to see rolled out to Netflix? If you have any thoughts or suggestions, this is where you come in. Let us know down below in the comments or carry the discussion over to our Twitter or Facebook.

Just a heads up, if you buy something through our links, we may get a small share of the sale. Click here for more.

August 13, 2022
How to enable End-to-End encryption on Ring cameras

How to enable End-to-End encryption on Ring cameras

August 13, 2022
How to enable End-to-End encryption on Ring cameras

How to enable End-to-End encryption on Ring cameras

LinkedIn rolls out new photo and video features for posts

August 12, 2022
We use cookies on our website to give you the most relevant experience by remembering your preferences and repeat visits. By clicking “Accept All”, you consent to the use of ALL the cookies. However, you may visit "Cookie Settings" to provide a controlled consent.
Cookie SettingsAccept All
Manage consent